On Sunday, May 29, world-renowned organist Isabelle Demers gave a concert to celebrate the restoration of our Casavant Opus 1344 organ.

It was a beautiful, spring day, as parishioners and organ music lovers from across the city entered a sun-filled Ascension of Our Lord church. A screen was installed at the front, allowing the audience to watch Isabelle as she played with a delicacy and strength that was mesmerising. Her performance was superb, and showcased the power, complexity and beauty of our instrument. 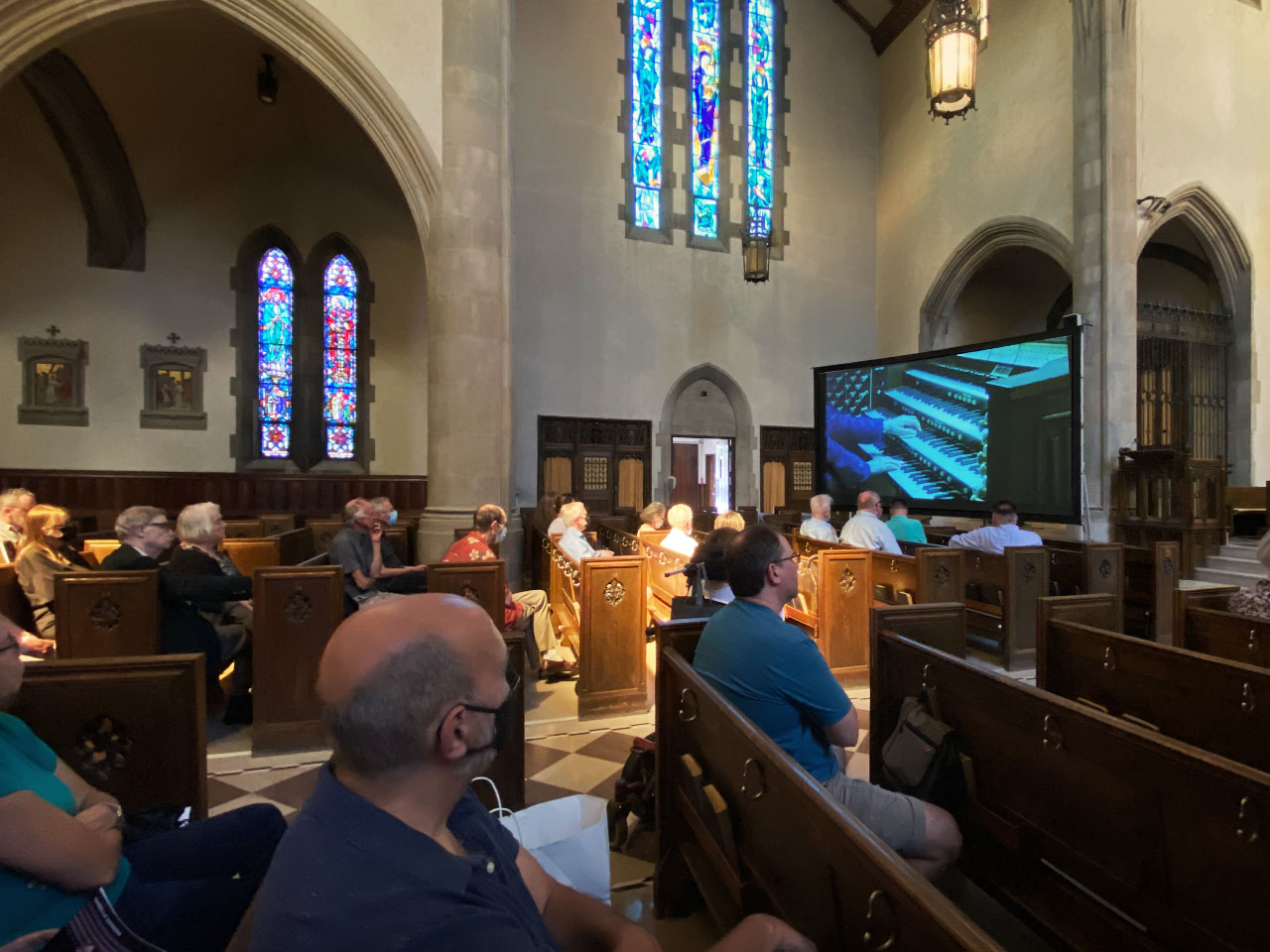 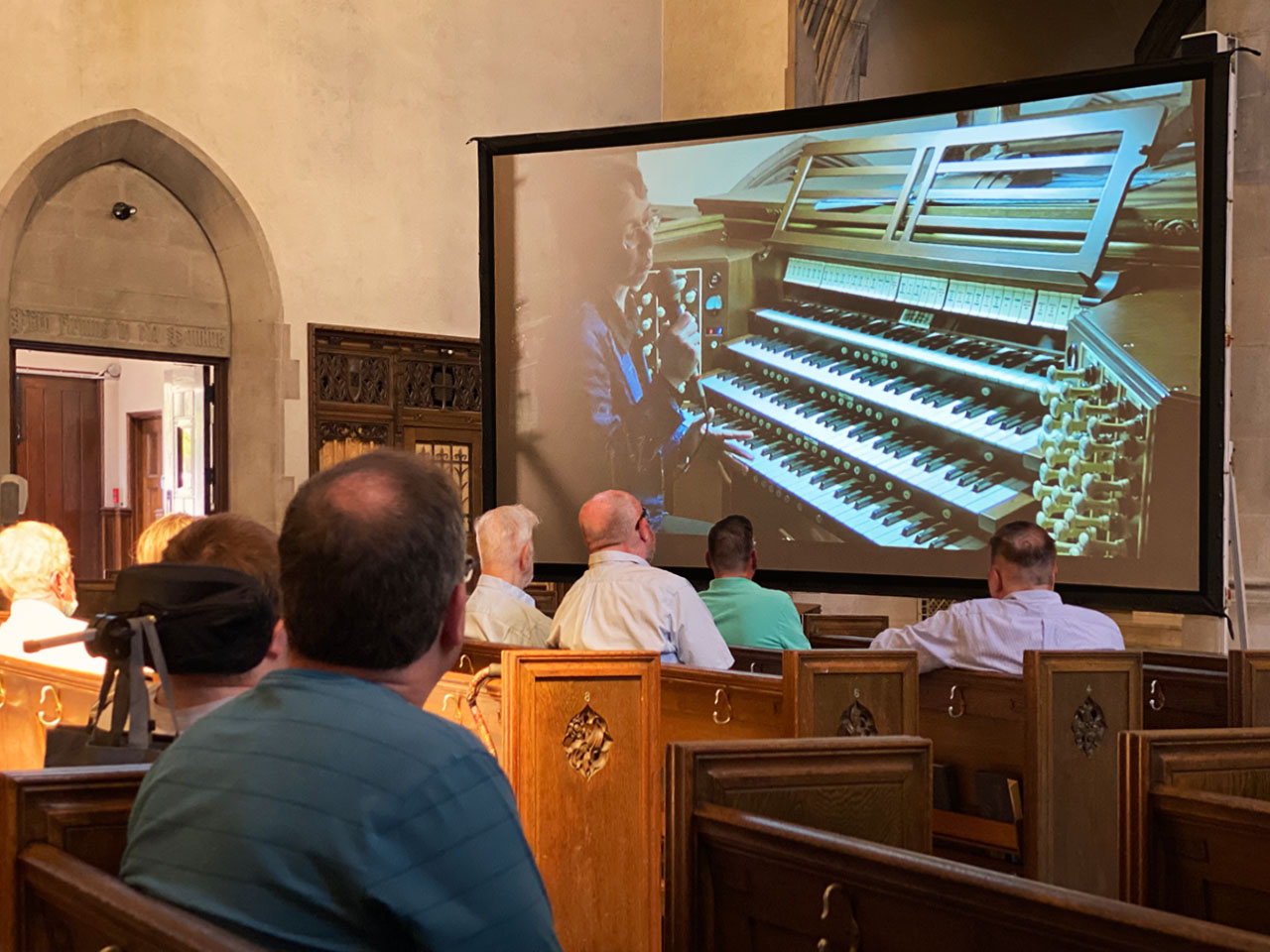 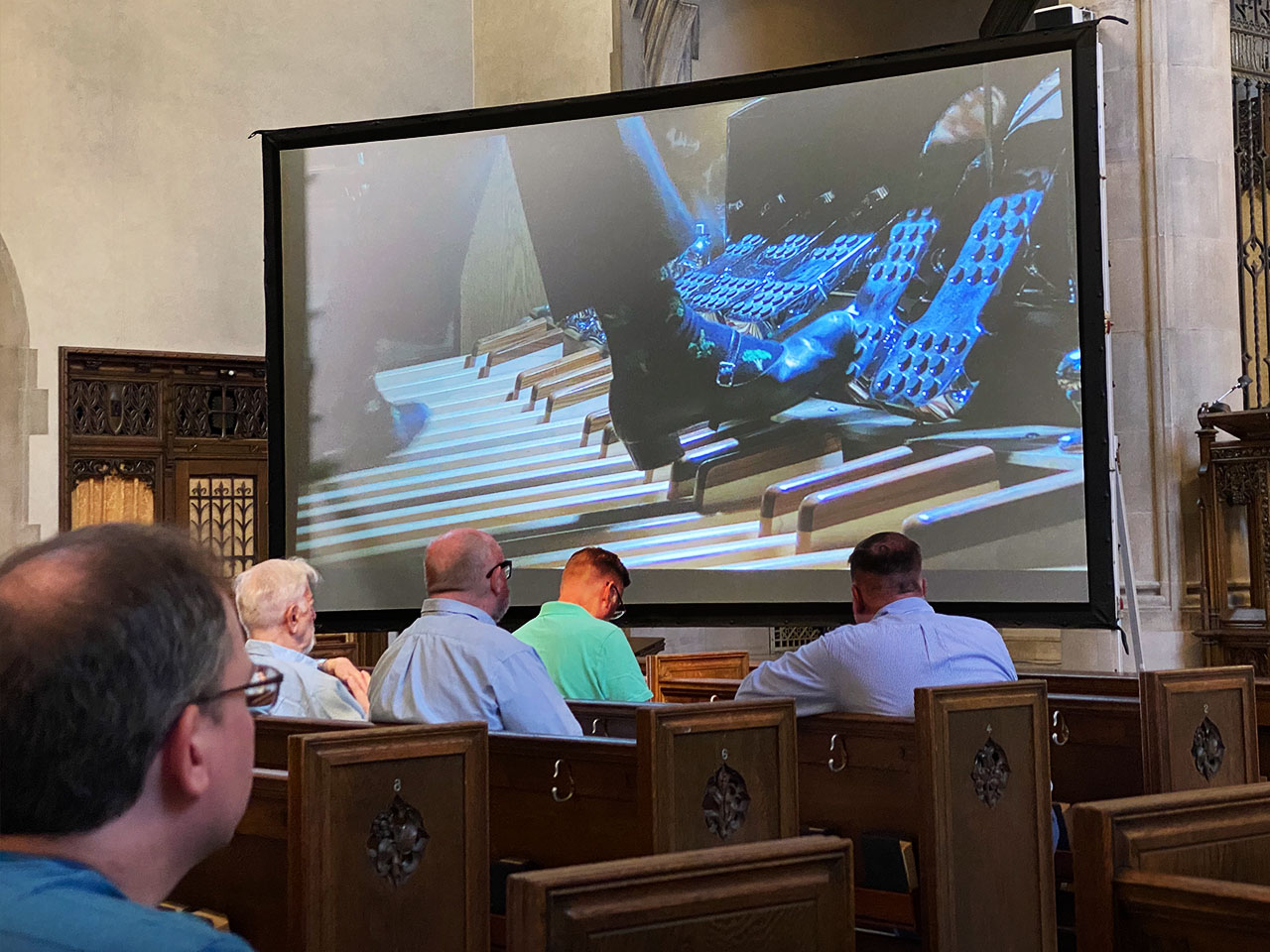 Isabelle received two standing ovations and graced us with an encore. It was a wonderful inauguration and a tribute to the generosity of our parishioners and the support of the Conseil du patrimoine religieux du Québec, who made the restoration possible. 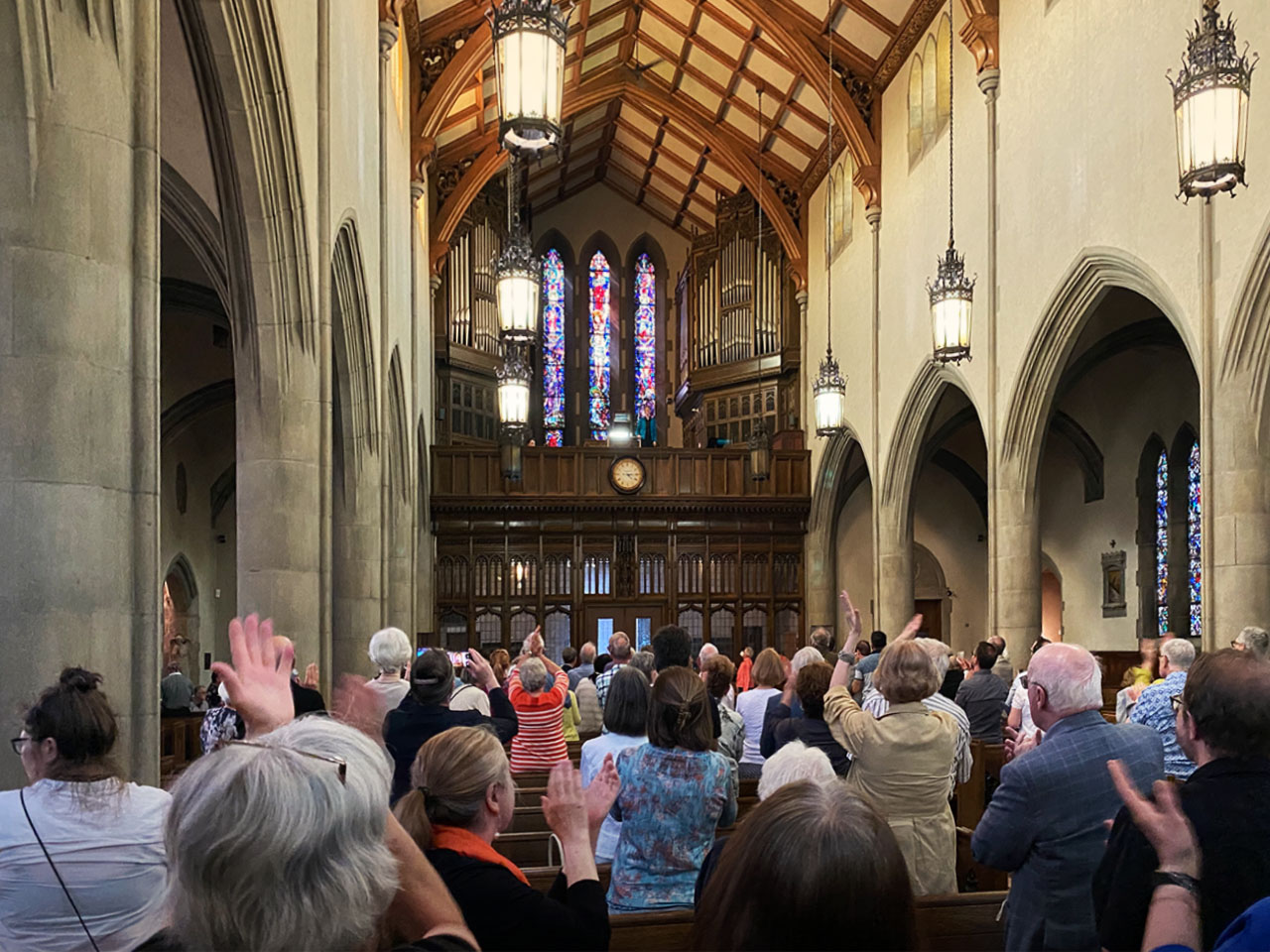 Ascension of Our Lord Parish is grateful to the Canadian International Organ Competition and the Orchestre Métropolitain for their support in promoting the concert, and thanks the following benefactors and sponsors: 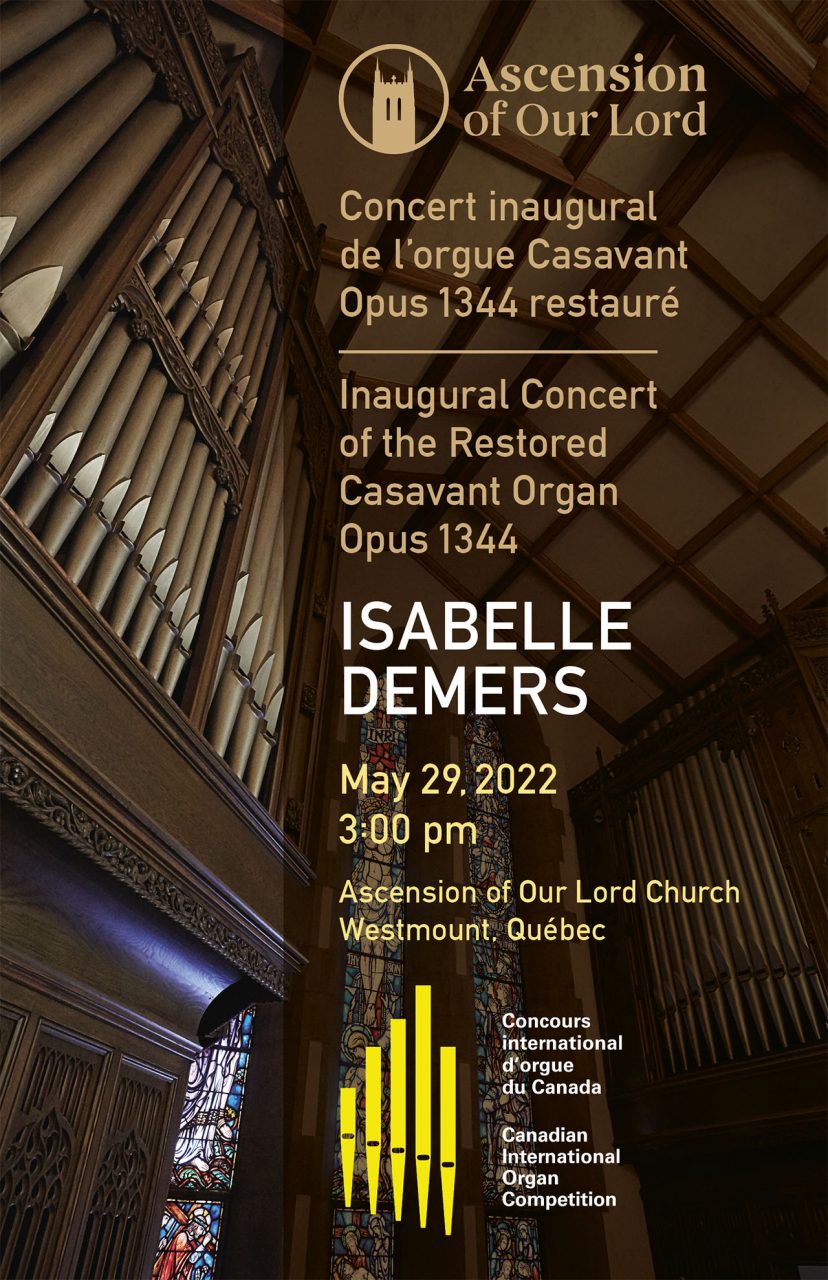 Introduction and Passacaglia on a Theme by Raymond Daveluy, op. 44
by Rachel Laurin (b. 1961)

“There is no shortage of organists who make their instruments roar; and while her power was never in question, Demers made the instrument sing.”

With playing described as having “bracing virtuosity” (Chicago Classical Review) and being “fearless and extraordinary” (Amarillo-Globe News), Isabelle Demers has enraptured critics, presenters, and audience members around the globe.

Dr. Demers is in continual high demand by her colleagues as witnessed by performances for numerous regional and national conventions of the American Guild of Organists, the Institute of Organ Builders and International Society of Organbuilders, the Royal Canadian College of Organists, and the Organ Historical Society. She has released multiple CD recordings on the Acis and Pro Organo labels. Her latest CD, recorded at Chicago’s Rockefeller Chapel, was released in January 2020, and includes works of Reger, Laurin, Dupré, Mendelssohn, Tchaikovsky, and Macmillan.

A native of Québec and a doctoral graduate of the Juilliard School, Dr. Demers is Associate Professor of Organ at McGill University (Montréal, Québec). She was formerly the Joyce Bowden Chair in Organ and Head of the Organ Program at Baylor University (Waco, Texas). 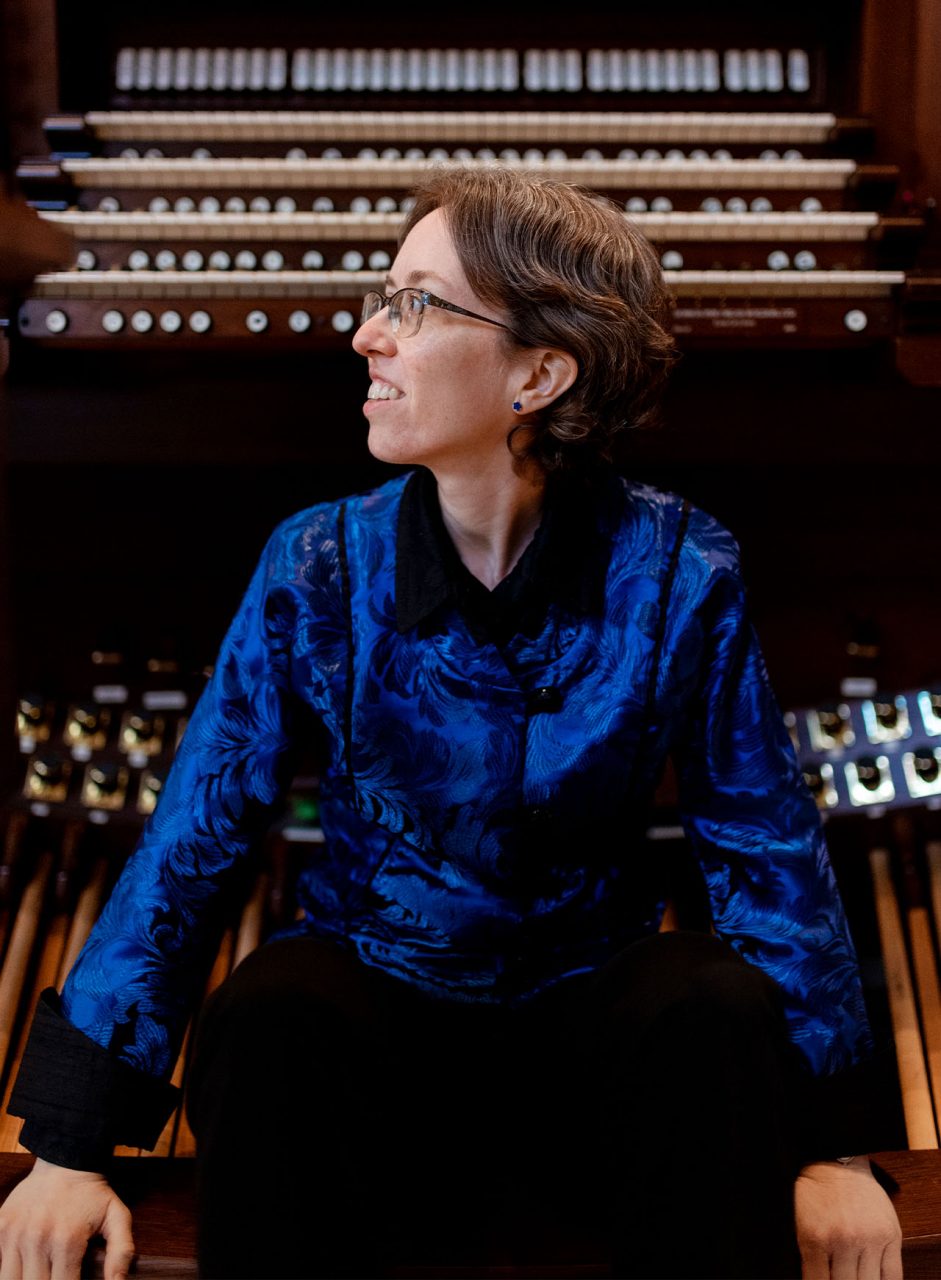