Two central characters, Jesus and John the Baptist, dominate the opening chapter of John’s Gospel.
(The gospel was written by John the Apostle and Evangelist, not to be confused with John the Baptist who features in the gospel.)
The chapter reveals the essential aspects of Jesus’ identity. He is the Word made flesh and the Lamb of God.
Both are crucial for an understanding of who he is and what he does. 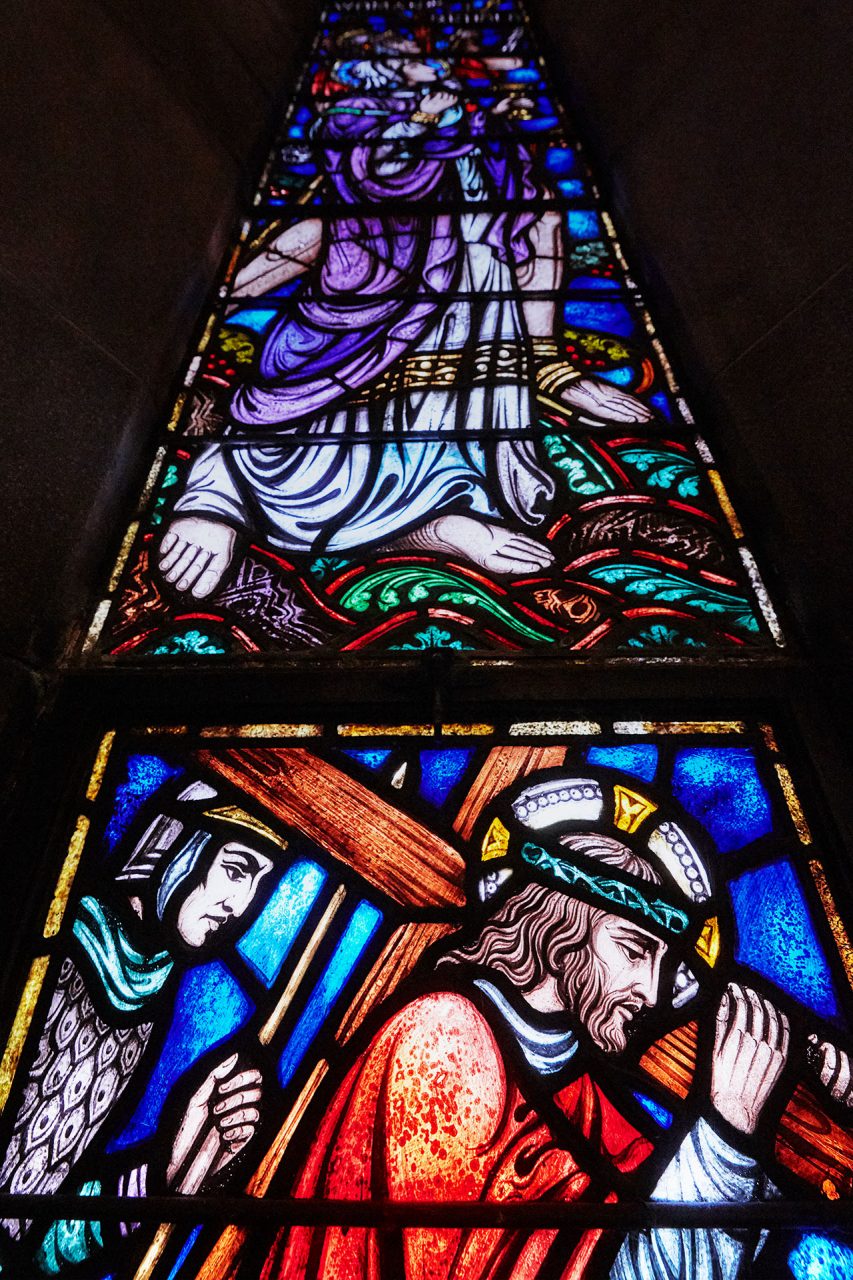 The first of the characters is Jesus. In the chapter, John the Baptist is quoted as having made one of the most remarkable professions of faith that is recorded in the New Testament. During his preaching, on seeing Jesus in the distance, he said to his listeners:
‘Look, there is the lamb of God that takes away the sin of the world’ (Jn 1:29).
But John’s profession of faith did not stop with that affirmation of Jesus. He elaborated further and then concluded:
‘Yes, I have seen and I am the witness that he is the Chosen One of God’ (Jn 1:24).

The Baptist’s reference to Jesus as the Lamb of God brings to mind several images. Like other people of that time, the Baptist would have been familiar with the prophecies about the future Messiah, so he could have been referring to the servant of the Lord in chapter 53 of the Book of Isaiah, where the servant was presented as the one who himself would bring salvation to God’s people by bearing their sufferings and sorrows.

In addition, there the servant was compared to a lamb being led to the slaughter house. So Jesus’ identity could be understood in that context. The first chapter of John’s Gospel focuses on the fulfilment of the Old Testament prophecies, all of which prepare for the Incarnation: the Word of God made flesh in Jesus.
The Baptist undoubtedly would also have been referring to the paschal lamb in chapter 12 of the Book of Exodus, who had effectively saved the Israelites from annihilation at the time of their escape from slavery in Egypt.

And the Baptist would have been referring too to the story of Abraham’s binding of his son, Isaac, in chapter 22 of the Book of Genesis, where God provided the sacrificial lamb thereby saving Isaac from death. The Baptist, who had long been preparing to announce the Messiah’s arrival, would have had all these scripture passages in mind when referring to Jesus as the Lamb of God.
It is clear that John the Baptist had a definite understanding of Jesus’ identity by using the image of the lamb. Jesus would be the one to destroy sin and thus bring salvation to the world. The Baptist wanted to make clear the distinction between the Saviour and himself, whose task was to prepare the people for the great saving work of Jesus.

In that context, we are reminded of the words spoken by the priest before the distribution of Holy Communion at Mass: ‘This is the Lamb of God who takes away the sins of the world. Happy are those who are called to his supper.’ We remember the details of the apparition of Our Lady at Knock in Ireland, where the central figure in the apparition was the Lamb of God, the innocent victim suffering for our sins, at the altar surrounded by angels, with Mary, Saint Joseph and Saint John the Evangelist prayerfully looking on.

Thus the second character in chapter 1 of John’s Gospel is John the Baptist. He described himself as a ‘witness that he Jesus is the Chosen One of God’ (Jn 1:34). The Baptist played a unique role in preparing the way for Jesus the Messiah to come into people’s lives. He did this by his faithful witnessing and his penitential lifestyle.

We too are called to be witnesses to the Lamb of God and, by our convictions and lifestyle, to facilitate his arrival in the hearts and souls of those we meet and know. But to do that, we need to recognise Jesus as the Lamb of God. Let us pray that, like John the Baptist, we will always do so.

A man is coming after me who ranks before me because he existed before me.
I did not know him myself,
and yet it was to reveal him to Israel that I came baptising with water. (Jn 1:30-31)